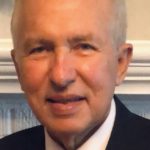 Back in my younger years, radio commentator Paul Harvey presented a show called, “The Rest of the Story” from which I adapted the following story.

There was a father who was a very successful businessman. He and his wife had one teenage son.

The wife said, “Our son will be graduating and leaving for college in a few years and you may have already missed many opportunities to be with and encourage the boy.”

To which the dad proclaimed to both wife and son, “Tomorrow let’s go fishing, son.”

Early the next day, dad and son headed to the lake with their fishing gear. Soon they discovered the fish were not biting, so they checked out other locations, but with no success.

Finally, after a very warm day, they decided to head home. There was very little conversation between father and son. Upon arriving home, the mother asked her husband asked how it went.

The man said, “the sun was hot, fish didn’t bite, and we spent almost no time talking. I’ll never do that again. It was wasteful.” So he continued his busy schedule of packing up the boat.

Ten years passed. The son graduated and got married, and the parents were sorting through items left by the son at the house. They found his diary.

Flipping through it, they opened it to the fishing day and read these words from the boy, “My dad is a very busy man, but he took all day off to just be with me! It was very warm, the fish weren’t biting and we didn’t say much, but OH, how I hope dad does it again.”

Tom Haygood is a retired Methodist Pastor, Family Life Coach, and End of Life Doula. He lives in Hideaway, TX.