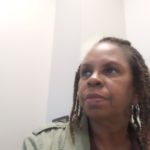 This amicable relationship between blacks and whites can be observed at school board, city council, and County commissioners’ meetings. For the most part, blacks and whites are quite agreeable in these meetings. Seldom, if any, are concerns or complaints raised by black elected officials, seemingly as if none exist. The few questions and complaints I’ve witnessed from blacks at these meetings primarily come from citizens who sign up to speak during public participation time, not from the black elected officials. School board members say they’re not allowed to respond to citizens’ questions at meetings. They can only listen. Consequently, many citizen complaints end up being little more than just that, a complaint.

I recall one black male coming before the school board on several occasions with complaints about how African American students are assigned to DAEP, the school district’s alternative school for students with discipline problems. He said he was voicing the concerns of several black parents in the community. He was quite passionate as he spoke to the board. I do believe he used the term, “school-to-prison pipeline.” Eventually, he stopped showing up. I’m not sure why, but I doubt it was because his complaints were resolved to his satisfaction.

When voting on various agenda items during meetings, black and whites tend to be in agreement. On those random occasions, a black raises a concern or votes differently than their white counterparts, in the end, it doesn’t really matter since they’re the only black at the table or the only one of two blacks at the table of mainly whites and are invariably out-voted.

The seemingly amicable relationship that exists between blacks and whites can also be seen at various events in Tyler. Some whites often show their support of blacks by attending events honoring a black such as a funeral, a retirement, an MLK Jr. Parade, or a dedication ceremony like the recent one for the Texas African American Museum.

For blacks and whites to “all get along” as they appear to be doing, other blacks in Tyler are left with a sizable price tag while whites pay almost nothing. The high price tag for blacks stems from the lack of decent and affordable housing and lack of decent-paying jobs. Jobs and housing are only two examples of the high costs being paid. There are other examples.

On the other hand, it costs whites very little to give up one or two seats for blacks to sit on the school board, the city council, or the commissioners’ court. It costs whites very little to attend an event in honor of blacks. It reminds me of what Dr. King said after gaining the 1964 Civil Rights Act and 1965 Voting Rights Act before turning to housing and economic rights for blacks. Dr. King realized the costs were minimal for the gains achieved up until then when compared to the costs to be incurred to receive equity for blacks in jobs and housing.

To correct these inequalities that exist for blacks along economic lines in Tyler would be quite costly and met with much more resistance. Regarding jobs, blacks represent a low percentage of teachers and police in Tyler. Upon inquiring as to why there are not more black teachers and police in the city, the response often given is, “It’s not for lack of trying.” Additionally, almost all leadership jobs in the central office of Tyler ISD are held by whites, making major decisions about education such as what curriculum to use and what are the best practices for instruction. These major decisions are primarily being made by whites for students who are overwhelmingly black and brown. These leadership jobs are high-paying jobs and are held by the superintendent along with the leaders of the various Tyler ISD Departments.

Regarding housing, many, if not most, blacks still live in North Tyler even as many Hispanics have also made their home in this area of the city as well. Most whites still live in South Tyler which is where most of the city’s growth occurs. Driving through each of these areas, one can’t help but notice the vast differences in streets, housing, restaurants, businesses, grocery stores, and shopping malls. It can be likened to the story entitled, A Tale of Two Cities.

By no means am I saying there are no blacks faring well in Tyler. There are. There are blacks with nice homes in North and South Tyler as well as other parts of the city. There are also some blacks with good jobs that come with good salaries. They’re just not nearly enough. Not enough to warrant the lack of interest or lack of discussion that currently exists surrounding this matter.

Being in agreement at meetings and elsewhere makes for peaceful and friendly encounters but friction is needed to help move things forward and access to better jobs and housing more attainable for blacks in the city of Tyler.

Carolyn Davis grew up in Tyler in 1950's and 60's, graduating from John Tyler in 1971. She received a business certification, bachelor's degree with teacher certification, and master's degree from TJC, UT Tyler, UT Arlington respectively. In the 70's and 80's, Carolyn worked in various clerical positions in Tyler including Cotton Belt Railroad, Phillips Coal Co., and ARCO Oil and Gas. She became a teacher in 1988, teaching at Chapel Hill High School her first year. She retired in 2011 after 23 years of teaching, primarily in Dallas. She currently lives in Tyler and is starting an Anti-Racism Book Club. The will begin Thursdays, Aug.18th, 5:30 pm at Tyler Public Library. All are welcome.