A Quick Happiness Fix: Do A Good Deed 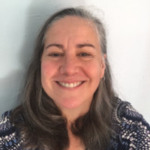 I enjoyed Brownies and Girl Scouts. The distinct uniform, the endless badges to earn, and all the knowledge and learning that went with them. But most of all, I liked the ethos that we looked out for one another and out into our broader community to be of service. We were encouraged to do good deeds. Later on as a Girl Scout Leader, I tried to instill this in my girls. They sold cookies for 3 years to pay for their trip to Costa Rica.  We had a girl join the troop in the last year of this fundraising. She worked hard toward the goal but would not be able to make it up completely. Our top 2 sellers met their goals and then continued to sell until the new girl had met her goal. I was so proud of them. They came up with that on their own. It made them really happy.

I took this lesson and started applying it in everyday random places. There was a woman at the grocery store who looked marvelous in her purple blouse. I told her so. I noticed my neighbor’s trash can wasn’t out, so I took it to the curb for them. I even returned it back, almost like the elves had done it or as my grandmother used to say, the Menehune came and did it. (Menehune are in Hawaiian mythology/reality? They were said to be 2 ft tall and very hairy and would get all of the work done overnight. There are fish ponds in Kauai that were said to be made by the Menehune.)

Every time I did a good deed, I felt happy. It might be for a nanosecond but it was there and it was real. As I upped the ante, the happiness grew exponentially. So I guess you could say it was really selfish on my part for doing good deeds. They made me feel better.

Opening doors, smiling, and giving genuine compliments are a way to start. Giving up a seat to someone who needs it more, carrying the groceries in for someone who is struggling, or just noticing that a fellow human being needs a moment of compassion would be upping your game. To take it to the next level, do something good for someone else anonymously. A young mother with children clinging to her is trying to decide what she can afford in her cart. Pay for her groceries and walk out before the cashier lets her know they have been paid for. The struggling animal shelter needs food. Organize a food drive and donate it anonymously. Build a doll house for a girl that you know wants one but will have no presents for her birthday and leave it wrapped on her front porch. You get the idea. All of these random acts of kindness will be good for your heart and will touch someone else, maybe more profoundly then you will ever know.

Walking with my dog in the big park near my house, I encountered a woman. I felt drawn to talk with her. We had a short conversation. Honestly, I do not remember what I said to her that day. She found me a few weeks later and said thank you. For what? She replied that our conversation had stopped her from her plan of killing herself. I was gob-smacked. Really? I was totally humbled. We actually spoke for some time which delayed my walk and when I would leave the park. As I drove home, I noticed a string of smashed cars and found out there was a crazy driver, who took out cars and people at the exact time, I would have been leaving the park but because I had stopped to talk with the woman, I missed it all. You never know how your goodness will come back to you.

Be kind. Do a good deed. If not for others, then for yourself. It will bring some happiness to your heart and a smile to your face. And in that little moment, you have made the world a better place.

Stephanie Barnett is an artist and a conscious creative creator.She delights in gardens, animals, cooking and the endless possibilities of life.You can visit her artwork website at http://thequeenbee.com/

IRL vs. a Digital Reality