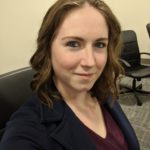 Sometime during the summer, my kid was sitting in Hawkins Lake while fishing, (he’s efficient like that) and informed me that it had been too long since we had gone camping. I promised we would go but was careful to not set a date as that tends to lead to disappointment.

Months later, I reviewed my schedule for the following week, and lo and behold! A day!

I waited until two days prior to tell my son of my plans so there would be minimal risk of changes. I made the reservation and when I picked up my son after work, he had the tent and my brother’s extra MREs ready.

We made it to the camping grounds before the office closed and even had the tent set up before dark, barely. We are both pretty experienced fire starters and thanks to his reminders, we had plenty of water. I had grabbed the traditional camping meal of hot dogs which I burnt but neglected to pick up the marshmallows. We managed to settle in for the night and listened to a dog bark for half of it, ah country sounds of the Piney Woods.

The morning light brought more fire, MRE energy drinks, and coffee. My son didn’t convince me into the cold water, instead, I marveled at the morning sky and stillness on the beach.

Have you ever heard a group of birds fly overhead? I’m not talking about their calls to one another. I’m talking about the soft crescendo and decrescendo of their flapping wings. It sounds like an incoming wave that never hits you but continues past you. I had never heard it before until that morning. I listened with rapture as these tiny beings flew overhead, completely undisturbed by my existence.

My son played in the water, snuck up, and failed to startle the local duck. We built a sandcastle with the required moat and then headed back. I haven’t told him how much I needed that camping trip. I didn’t think I needed it at all. I did. And I’m still in awe of that morning. Thanks son.

Mom of an awesome kid, born and raised in rural East Texas, a UTTyler Alumni, and the Campaign Coordinator for United Way of Smith County.