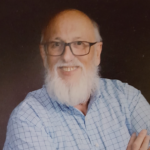 This article is cross-posted from Phil Latham’s personal blog, “Voices from Behind the Pine Curtain.”

Chances are you know exactly what urban poverty looks like even if you don’t live in a big city. Almost every city of any size has some area of poverty within its borders. The larger the city the larger the area, or the more areas there are.

Even a small city like Tyler has an area near downtown that regularly has about 20 tents camped out below the Gentry Street bridge. It is no secret and a ministry, “Hope on the Streets” feeds the people there every Saturday. They get other help, too.

Don’t confuse getting help with this being a pleasant situation for anyone. The director of a homeless shelter in Longview once told me that those who live on the streets have a life expectancy one-third less than average. I can’t verify that statistic but it sounds reasonable.

Hang around the homeless camp for any amount of time and you’re bound to see several patrol cars passing by. Without them, this vulnerable population would be at an even higher risk.

Not too many septuagenarians make it to live in these kinds of conditions.

That’s poverty in the city. Poverty in rural areas is a much different, and often worse, situation.

For one thing, unless you are looking closely and even know where to look, rural poverty is almost invisible. You can’t drive by a poor area in the city without taking notice but if you drive through East Texas regularly, chances are that you passing pockets of poverty without even realizing it.

The only Pine-Curtain county that ranks in the top 50 of wealth in Texas is Smith County, home of the aforementioned Tyler. Gregg County is the next and it ranks 78th.  Panola County (Carthage) is the only other East Texas county that makes the top 100.

The wealthiest county in Texas is Collin County, a part of the Dallas-Fort Worth area, with a per capita income of $42,220. That is not far from being twice the income of Panola County.

Remember, Panola is one of the richer East Texas counties.

Harrison County, where roughly 70 percent of all public-school students qualify for free or reduced school lunches, is still one of the wealthier areas, ranking at 106 with a per capita income of $22,019.

All of these counties are largely rural and the problems of poverty are magnified when those in need often live miles apart and on roads that rarely get traveled. Often these are the first roads to get washed out in heavy rains.

So called “food deserts” in the city may mean living two miles from the nearest food store. In rural areas, that can be 10 miles or 20 miles away and those who are impoverished often don’t have any way to get to the store. There is no regular bus service there.

The same goes for doctor visits, too. Just how many of the rural poor have not been vaccinated for Covid-19? There’s no telling.

There are some organizations that try to help in these rural areas, including Meals on Wheels and a number of churches have outreaches that attempt to help. There is not nearly enough help for those who need it.

In the city, it may be a tent under a bridge where you live. In the rural areas, it can be a mobile home, long past prime without power or water and, sometimes, without even doors. Other accommodations include old boxcars, or truck trailers.

I’ve found people living in all these conditions.

These people need help but the legislators who represent East Texas are generally not focused on poor constituents. Issues involving guns and abortion are closer to their hearts — and their votes.

Phil Latham, has been writing about East Texas for more than 40 years. He is a former editor and publisher at East Texas newspapers and now lives in Smith County with his wife and three dogs. https://phillatham.substack.com/