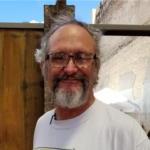 The Tyler Women’s Rights Rally was held at the Downtown Tyler Square on Sunday, May 8, 2022, from roughly 10:30 am–1:30 pm. This event was designed as a protest against the Supreme Court’s leaked plans to possibly overturn the Roe vs. Wade rights to abortion. Those who attended did one or more of the following activities: made and showed their protest signs, chanted on the sidewalk closest to Broadway Avenue–the longest street in the city, or made brief speeches with a microphone in hand–like me. Here is a synopsis of what I said:

“When we hear people speak about abortion issues, like the previous speaker, we learn about the many health issues that females can face. So unfamiliar are so many conditions to us. The other day, I heard a politician on the news reminisce about being pregnant with three kids, but she had to have one aborted so that she and the other two babies could live.

Let us look at the two classic exemptions to complete abortion banning: rape and incest. In both cases – without the legal option of abortion – a woman who experienced either rape or incest, and then was forced to give birth, might very well have to confront those traumas in dealing with an unwanted pregnancy. If we are really concerned with the health and well-being of mothers, these kinds of factors could be considered threats to the mother’s lives.

I am glad that I wore this dark navy shirt on this hot day because it shows that I am a Democrat. The thin green stripes hint that I support protecting the environment. My white bandanna with the Chinese characters declares my support for Asian Pacific Islands Month of May. They need to be protected from violence too. As Wang Yang-ming used to say, ‘Extend the authentic conscience. Chih liang-chin.’”

J.D. has been a teacher of all ages for 20 years - including Texas College (2001-06). His specialties are Developmental English/Writing and ESOL. He wrote and copyrighted a textbook for his writing course. In his academic career, J.D. has received secondary certifications, two degrees, and written a thesis. Originally from Dallas, J.D. now lived in Tyler where volunteers much of his time while on SSDI. He is active in the Smith County Democratic Club.