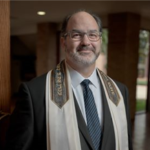 My father was a jeweler in Virginia Beach, VA for over 40 years. For most of that time, he owned his own jewelry store. In the jewelry industry, you have to build your reputation on trust, craftsmanship, service and honesty. Just like a car salesman, my father’s job was not to sell you one ring or diamond for one event, it was to sell you many rings and diamonds and necklaces and watches over the years. The only way to keep his customers loyal is through those virtues of honesty and good service.

Additionally, jewelers are usually a tight-knit group. Yes, they are in competition with one another, but for many jewelers like my father, it was a handshake industry, and a good jeweler treats his colleagues with respect. There was enough business to go around.

A number of years ago, my father told me an amazing story that struck a spiritual chord within me. There was another jeweler in Virginia Beach who did not follow the rules of good business practice  – neither to his customers, nor to his colleagues, nor to his vendors. Somehow, this jeweler was able to build five stores despite his dubious reputation. At his flagship location, this jeweler hired a carpenter/ artist to build a large stone and water sculpture in front of the store.

The worker was hired, designed the piece, priced out the materials, figured the amount of time it would take to put this sculpture together, and charged the jeweler $5000. The jeweler agreed to this fair price – and the carpenter/artist built a magnificent 10-foot high sculpture over the course of a couple of weeks. At the end of the project, the jeweler wrote the artist a check for $1000, saying that he would pay the balance the following week.

The artist agreed and deposited the $1000 check. As it turned out, the jeweler had written a note in small letters in the memo line of the check – the words “paid in full.” When the artist deposited the check, by Virginia law, that constituted completion of the contract, and the artist was owed no more money.

After many back-and-forth arguments, and even a legal attempt to get the balance of the money, the law sided with the disreputable jeweler. Ultimately, the newspaper wrote a story about this event, and it aroused communal anger at the jeweler and caused embarrassment for the entire jewelry community.

Still, the artist, a hard-working man with a family, was out $4000. A day after the newspaper ran the story, my father received a call from another jeweler. He asked my father to contribute some money to help pay the balance. In the course of five phone calls, $4000 had been raised. The cash was sent to the reporter who wrote the article – with instructions to give it to the artist. The artist was to be told that the money came from a group of anonymous jewelers in the community who were sorry for the wrong that had been done to him.

He did not need to write a thank-you note. He was only asked that he not judge all jewelers by the inappropriate actions of a single person.

As a postscript to that story, the reporter was so moved that he wrote a follow-up article about the anonymous group of jewelers who paid the balance of the bill. The point of the story was that the community should not judge all jewelers unfairly or find them all disreputable because of one person. Ultimately, the newspaper did not run that article for the threat of a lawsuit from the offending jeweler (who was also an active advertiser with the paper.)

And so the story ends there. But as I heard my father tell this story, I was amazed not only by the overt lack of shame by the offending jeweler but by the collective response of the jewelry community in Virginia Beach.

I think of this story often. I think about the text from the early chapters of Genesis when Cain killed his brother Abel. God came to Cain and asked him the whereabouts of his brother, to which Cain famously replied, “Am I my brother’s keeper?”

Yes Cain, you are.

You are responsible for his safety, for his righteousness, and in turn, he was to do the same for you.

We are all our brothers’ and sisters’ keepers.

In our own individual lives, it may seem like we represent only ourselves. Yet, whether we like it or not, we are all ambassadors for one another.

Likewise, we hope other people keep themselves in check since they may reflect on us. It is an occupational hazard – and a holy opportunity – of being part of a community. So we should take this matter of communal responsibility very seriously. Just like the jewelers in Virginia Beach.

To preserve their integrity and the integrity of their business community, they took a corrective measure. They brought righteousness and holiness and balance to a place where it was lacking.

I believe this is our task as well – to welcome responsibility for what goes on in our ranks – to become personally responsible for our collective appearance – and to act as ambassadors one for the other. After all, we are each others’ keepers.

Neal Katz has been the rabbi at Congregation Beth El in Tyler, TX since 2003. He is currently the Board Chair of the Tyler Loop. He serves on a number of local non-profit boards and is also a musician.

I had an abortion. Here’s why.