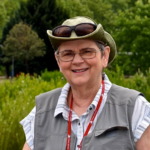 Lately, I’ve been toying with the idea of tapering off my antidepressant. Yep, I am one of the 19.1% of American adults over 60 taking an antidepressant. Historically, I spent years on the depression roller coaster and endured the ride with gritted teeth, silent screams, and a tight grip. Finally seeking professional counseling, I found my way through and out of several diagnoses including depression and post-traumatic stress disorder (PTSD). All without any psychotropic medication.

In June of 2018 my family was devastated when my ten-year-old great-niece was diagnosed with a terminal brain tumor. I was reeling, grieving so many losses for her and my family, and I did not deny or stuff my feelings of anger and sadness. They were free-flowing in torrents of tears, guttural moans, piercing chest pains, the constant angry “Why,” and the occasional kicked furniture. I talked with my counselor. In the following weeks despite my attempts to keep moving and carry on, I was stuck. After almost two decades of improved mental health and greater emotional stability, I was sinking in the quicksand of depression.

Even with awareness and outward expressions of my grief, my emotional state declined for weeks. I couldn’t shake the sadness, the “blues.” I was either restless and sleepless or wanting to sleep. I couldn’t concentrate or stay focused on any particular activity for any reasonable length of time. I often started a task only to find myself just sitting staring into space. Tears or anger came at the slightest annoyance.

With thirty years of experience in counseling, both in the chair and “on the couch,” I’ve learned a thing or two about depression and antidepressants. Given life’s circumstances, we all have the “blues” occasionally. When a “blues” episode lasts for more than a couple of weeks, it is as if the body and brain have shifted into slow motion. A body in slow-motion can rest and recover. The brain, not so much! As our brain shifts, the brain chemistry changes – changes that perpetuate and exacerbate the depressive symptoms. This is how a case of the “blues” can become a clinical or major depression.

That’s where I was, and I knew I had to do something. As Maya Angelou said, “Do the best you can until you know better. Then when you know better, do better.” I knew better, and I was not going to return to the days of gritting my teeth and the insane, unsustainable frenzy of activity to cope with my depression. In August 2018 I visited my doctor, shared what was going on, and asked for an antidepressant. He listened and agreed. After a few weeks on the medication, I was doing better.

I have come to compare my brain in depression and antidepressants with a low car battery and a battery boost.  The battery is not dead but does not have enough “juice” to provide that extra boost to get started. Once boosted and running, the alternator kicks in and maintains the battery’s functional charge.  In clinical depression, the antidepressant is like a booster charge for the brain, and over time it works to reestablish the chemical balance needed for optimum functioning. In my experience, I also have learned that talk therapy complements the work of the antidepressant.

Over the last two and a half years, I have been able to move fairly steadily through life weathering the inherent storms and relishing the moments of calm. As we all can attest in the throes of the pandemic, we have experienced monumental personal, social, and economic losses in our individual lives as well as in the life of our communities and nation. The deaths of over 500,000 individuals from Covid-19 and my little niece from a brain tumor, would be unimaginable but for the fact that I have and am living through them. I have witnessed and endured the chaos and confusion in our politics and government. I have been confronted and wrestled with my complicities in the continued social and racial injustices and inequities in our country. I have been, and continue to be, disheartened by the polarity and vitriol in much of our public discourse.

Yet, in the despair of the food lines, I see compassion in the arms reaching out to help their neighbors and hope in the eyes and grateful smiles of those receiving.

In the midst of sickness and death, I see the care and commitment of our medical workers and first responders, many at the cost of their own lives.

In the angst of separation, I know joy while visiting family members via the zoom and am thankful.

Speaking of thankful, the vaccines are rolling out and bringing hope for achieving that elusive herd immunity. I have had both vaccination shots, and for the first time in eleven months actually went into a store. Even though it is higher than we would like, the number of Covid cases and hospitalizations are dropping. It would appear that we are beginning to see some blue sky peeking out from what has been a year of only ominous clouds. Thus, my toying with the idea of discontinuing my antidepressant!

And then, Tuesday happened! Governor Abbott announced he was rescinding the mask mandate, removing all restrictions on business and crowd capacities and “opening Texas up 100%.” Oh, no! Suddenly the clouds descended, and the bits of blue faded. Along with my shock, I felt disappointment, despair, concern, and no small amount of disgust.

Now, I am just not sure about moving forward with discontinuing the antidepressant. Shucks! I suppose, as is always the necessity with health, mental health, and medication issues, I best talk with my doctor.  Now, where is that number?

Brenda is retired after nearly 40 years in education and counseling. When not traveling, she fills her days with community, charitable, and civic work; photography; writing and blogging at Pilgrim Seeker Heretic; reading, and visiting with friends. She enjoys walking at Rose Rudman or hiking at Tyler State Park. Brenda and her spouse, Lou Anne Smoot, the author of "Out: A Courageous Woman’s Journey," have six children and seven grandchildren between them. https://psheretic.com/